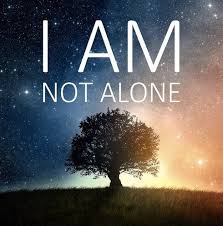 by A Silent Sister

The Sisterhood article on Herndon fits neatly with how I felt at the beginning of the whole #MeToo movement. It actually does help to know I’m not alone.

I’m so hesitant to write this, so it definitely needs to stay anonymous. At the same time, I envision using my experience to hopefully help guide and teach my kids and maybe even my nephews and nieces any possible lesson before someday launching them to college. But as for now, my husband is the only person I’ve ever told and shared any shred of detail with. As strong as I think I am and as strong as I feel inside my own head about this, when I go to say the words out loud, I cry. 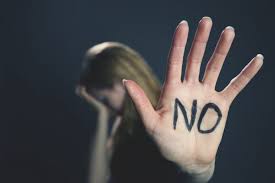 I had just finished Plebe Year and was part of Summer Seminar Detail, something I was excited about being a part of. At the end of one of the sessions and before the next one started, a few of us Youngster detailers got together for the weekend. I’ll cut to the chase – we drank and we drank a lot. I was drunk. I’m fairly certain every one around me was, too. I don’t remember going into a room with two of my fellow classmates or how the hell I got there, but there I was. What do I remember? Luckily less and less now as memories fade, and the memories I do have of that night are oddly from the perspective of the upper–most corner of the room, certainly not from inside my own body. I remember reading later on that disassociation is perfectly normal in these circumstances. I remember saying no that night. Repeatedly. Although maybe not too forcefully or not forcefully enough? But I do remember saying it and maybe even pushing away. I do remember those two guys all over me. I think I’ll skip more detail for now and end my story there. 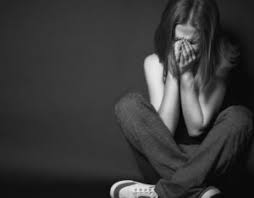 That night fundamentally changed me. I barely recognize myself looking back on my Youngster year and a lot of that is still true for the two years after that before graduating. I gained a good amount of weight. I was way more promiscuous and honestly downright stupid that following year. My grades dropped, and there are just so many other examples. It really tainted my time at the Naval Academy, a place I had dreamed of going for so long. Sometimes, I wonder how much it held me back from realizing my full potential there. How much am I responsible for and how much can I blame on that awful night? I don’t know. I met my now husband the following year. It took years – beyond the Naval Academy and well into our marriage – for me to slowly compartmentalize that experience and kind of box it up and be able to put it aside and let it go. I’m very happy to say that it no longer ever bubbles to the surface of my mind anymore or commands any sort of emotion or thought. It is what it is.It’s in the past, and I’m leaving it there. 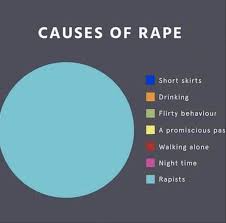 At the time, I really needed a nonjudgemental sounding board, someone I could talk to to help me wrap my head around what had happened. Rape is too often made out to be this black and white issue, when in fact it can feel like a million shades of gray. I was wrong – I was drunk. I didn’t really actually know the people I was with. Maybe I sent some sort of signal that I was game for that sort of thing. Who knows. But I also know that they were more wrong. They had to be. I said no, I pushed back (though lightly, I guess?). If I had reported that night, surely I would have gotten myself in trouble for drinking, that whole night would become public to the Brigade with everyone knowing our names, people would take sides, and I would ruin two other people’s life trajectories with a very gray, drunken event. It felt complicated and like a very heavy burden.

My main takeaway from this is that a truly successful [Sexual Assault Prevention and Response] program (or even being a good friend to someone who finds themself in a similar situation) needs to be 100% victim led, even in (and especially in) a consequence–heavy military environment. The victim needs to be in control, whether we agree with her/him or not. That means an incident can be reported or not, no matter how egregious. Maybe they just want to talk. Maybe they just want to make sense of it for themselves. Maybe they just want to find a way move on. And that has to be okay. SAVI utterly failed me, in this respect, because there was no confidential counseling option, and it seemed awkward to unload all of this on a company mate or any other member of the Brigade. So there’s another point – maybe contracting out with actual licensed therapists and people who feel more anonymous is also an important factor for a successful program. I’m incredibly lucky my husband came along and could fulfill this roll for me – fellow keeper of my secret and nonjudgemental sounding board who let me keep control. I know it wasn’t easy for him and it certainly wasn’t easy for me, but here we are so many years later living a happy life, and I’m very thankful for that.

Editor’s note: Since this incident occurred, the Naval Academy and the wider Navy instituted a reporting system that allows victims to come forward to their Victim Advocate for medical and mental health support without command involvement—the restricted report. This has been as a crucial step for victim reporting. Additionally, licensed therapists outside of the Brigade and Chain of Command are now available for midshipmen to seek counseling for the aftermath of sexual assault.

2 thoughts on “I am Not Alone”