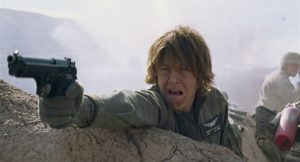 “It’s just tension asshole. It doesn’t mean shit!”  1996, it was my youngster-year.  Captain Karen Walden’s Blackhawk crashed under enemy fire. She survived, enemy soldiers were closing in, and a crewman was ridiculing her tears.   Remember her?

Probably not. Courage under Fire wasn’t a great movie, and Meg Ryan wasn’t the most convincing as a Blackhawk pilot. But dammit I loved her.  Captain Walden was imperfect. She cried. She was sweaty and dusty and scared. She wasn’t beautifully coifed, ready to be swept off her high-heeled (in a hangar, really?) feet by a macho Tomcat pilot like Charlie Blackwood.    She wasn’t a beyond anything I could ever hope to be Olympian who shaved her head, literally removing the most outward symbol of her femininity, to make it through BUDS like GI Jane.  She wasn’t capable, whip-tongued, but only valuable in so far as she was the foil to men’s shenanigans like Hot Lips Houlihan. 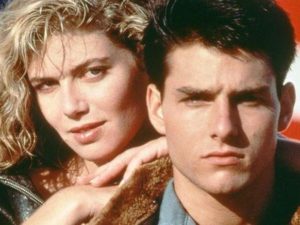 Of course, Captain Walden was also dead, and the bulk of the movie involves Denzel Washington investigating whether she was worthy of a Congressional Medal of Honor and handsomely brooding over his own demons.  So in the end, even Captain Walden’s story is told in terms of what she means to a male protagonist.  Even this movie, about a female warrior, fails the Bechtel test[1] with a splat.

I used to be embarrassed at how much it meant to me to see myself reflected on the silver screen.  We are supposed to be above all that drivel, and in no way needy of external confirmation of our worth, right?

And then, I had a son.  And then, I had a daughter.  And I saw my son pick his first heroes (Spiderman! Naruto! Sheldon!), and bask in the glow of their awesomeness.  Their exploits were his, their adventures his own.  Spiderman taught him that with great power comes great responsibility; Naruto to fight, literally, your inner demons; Sheldon to embrace his nerdiness.  And I saw my daughter look for her heroes.  Am I Mary Jane?  Does she shoot webs?  All the girls in the Naruto have really big boobies. Penny is funny and pretty, but why isn’t she a scientists like Sheldon and Lenard?

And then, Wonder Woman.  Yes, Gal Gadot’s Diana is beautiful, but damn she is strong, and that movie is unapologetically about HER.   Chris Pine is cast as the proverbial damsel, rescued, awed by Wonder Woman’s might, and basically a prop to advance the plot.  Diana was raised by women, trained by women: no man was responsible for her abilities.    My daughter’s face glowed.  I glowed.  We glowed. 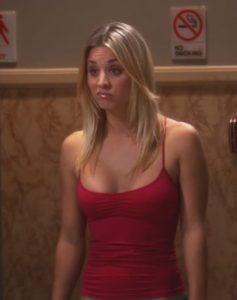 It’s been said before, but it’s worth repeating:  representation matters.   In that fluffy superhero movie about a demigoddess with a lasso of truth, my daughter found a hero to call her own.    In a world where women are still so often defined by how they relate to men (anyone else cringe at “don’t be mean to her she’s someone’s wife/sister/mother” trope?  She’s human isn’t enough?), proof that a woman’s story is worth telling.

When I was at USNA in the mid-nineties, there were a handful of female company officers, instructors, and stripers[2], so it’s not as if there were zero examples of female leadership in my life.  What I most keenly remember though, is how easily I followed my classmates into the habit of denigrating those women.  Affirmative action—that’s how she got her job.  A woman’s high-pitched voice calling cadences just sounds wrong.   Did you hear about LT ___?  I hear her husband left her and now she sleeps in her office. 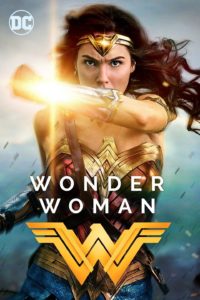 Men in positions of authority was the firmly embedded norm, and anything that diverged from that was automatically weird, suspect, lesser than. I wish I could tell you that I was ashamed for not pushing back against jabs like these.  I didn’t.  They felt normal.  Joining in was a way to earn my membership in the brotherhood of disgruntled mids.

Of course now, with the benefit of 20 years of hindsight, I recognize how harmful that normal was.  It took a long time for me to excise the gremlin in my head that would whisper, “Do you deserve it or are they just being PC?” when I achieved academic or professional success.  I know now that with every snide remark about a strong female leader’s sexuality (Look at her what a dyke!), or failure to point out that her anger was righteous, not hormonal (what is she PMSing or something?)  I was doing my part to implant that voice in other women’s brains.  Now I feel great shame, and great fear that my daughter will not be spared those same whispers.

What the hell does this have to do with Wonder Woman and Captain Walden?  We are so very used to male heroes.  The damsel, perhaps feisty and intelligent, but ultimately in need of rescue, is standard issue.  Female characters defined only in terms of their relationship to male leads, or conveniently victimized to advance the plot (think the murdered girlfriend a hero must avenge) are common.  Male heroism, leadership, bonding, is idealized, normalized, lifted up in glory, in books, TV, movies, video games.  So, male leadership is normal; it’s what we expect.  When a woman fails to follow her normally assigned role on the other hand–and something as simple as failing to smile enough can land you in this category–it is unfamiliar.  We do not like unfamiliar. It is off-putting, disquieting, tempting to point out the weirdness of the situation (I cannot with a woman raising her voice. So shrill!).   As Caroline Criado Perez points out in Invisible Women , “When Thor was reinvented as a woman by Marvel Comics, fans revolted… although no one uttered a peep when Thor was replaced by a frog.”[3]

Little girls and little boys need heroines.  Unapologetic bad-asses like Diana, and complex imperfect ones like Captain Walden.  Maybe then, when they see women in leadership positions, it won’t seem odd.  Maybe they will know, instinctively, that the timber of a drill instructors voice does not reflect to her competence.  Maybe they will understand that tears are just tension asshole, it doesn’t mean shit.[4]

[1]  The Bechtel Test is a measure of the representation of women in fiction. To pass the Bechtel Test, a work must feature at least two named female characters talking to each other about something other than a man.

[2] A “striper” is a midshipmen in a leadership position, company commander, battalion commander etc.

[4]  Of course, representation matters to everyone, not just women.  In good news on that front, Mattel recently announced a line of gender non-binary dolls.  Lashana Lynch who is next line to portray James Bond is female AND black.  The comments under articles describing those happy developments, on the other hand, are enough to make you disconnect your Wifi.  We have a long way to go. 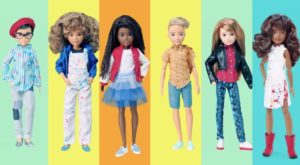 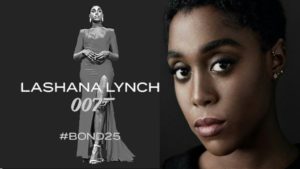