The Women’s SIG STEM Fireside Chat series is proud to announce astronauts Nicole Mann ’99 and Kayla Barron ’10 as our featured guests for Thursday, May 13, 2021 @ 1600 PDT (1900 EDT). Former astronaut Wendy Lawrence ’81 will be our moderator. LtCol Nicole Aunapu Mann ’99 USMC was selected by NASA in June 2013. She is currently training for the crew flight test of Boeing’s Starliner spacecraft, the first experimental flight test for that spacecraft. Mann and her crewmates are working closely with Boeing to develop their new spacecraft systems, which will provide roundtrip crew transportation services to the International Space Station and, along with SpaceX’s CrewDragon, return the ability to launch humans into space from United States soil. The California native holds a Bachelor of Science in Mechanical Engineering and a Master of Science in Mechanical Engineering. Mann served as a test pilot in the F/A-18 Hornet and Super Hornet and deployed twice aboard aircraft carriers in support of combat operations in Iraq and Afghanistan. Read more about Nicole here: https://www.nasa.gov/astronauts/biographies/nicole-a-mann

LCDR Kayla Barron ’10 USN was selected by NASA to join the 2017 Astronaut Candidate Class. She reported for duty in August 2017 and having completed the initial astronaut candidate training is now eligible for a mission assignment. The Washington native graduated from the U.S. Naval Academy with a bachelor’s degree in Systems Engineering. A Gates Cambridge Scholar, Barron earned a master’s degree in Nuclear Engineering from the University of Cambridge. As a Submarine Warfare Officer, Barron was a member of the first class of women commissioned into the submarine community. Read more about Kayla here: https://www.nasa.gov/astronauts/biographies/barron-kayla

CAPT Wendy Lawrence ’81 USN ret, our first alumna to receive the Distinguished Graduate Award, will moderate this session.  A member of only the second class in Naval Academy history to include women,  Wendy was the daughter and granddaughter of Naval Academy graduates and spent much of her childhood without her father, a prisoner of war in Vietnam who later became the Academy’s 49th Superintendent and a Distinguished Graduate himself. She went on to rank 12th in her graduating class, became instrumental in forming the women’s crew team, served as deputy Brigade Commander and earned one of just five naval aviator billets available to women in her class. Wendy was a member of four shuttle missions including time on the International Space Station.  Read more about Wendy here: https://www.usna.com/events-and-programs—dga19-bio-lawrence

Our guest Entrepreneurs are: 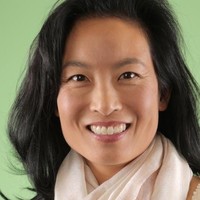 Catheryne is an engineer, entrepreneur, mother, and former U.S. Naval Officer. She is a vocal advocate for military women’s rights and girls in STEM. Catheryne has built large-scale software platforms for companies such as C3.ai, Siebel Systems, and Northrop-Grumman. She has worked with the U.S. Department of Homeland Security and serves on Congresswoman Jackie Speier’s U.S. Naval Academy board. Catheryne graduated from the U.S Naval Academy and Stanford University and holds a BS in Aerospace Engineering, a MS in Environmental Engineering, a MBA, and is a registered PE in Mechanical Engineering. Catheryne and BlockCypher have been featured in the Wall Street Journal, Business Insider, Wired, New York Times, and Fortune Magazine.  Website:  http://www.blockcypher.com/ 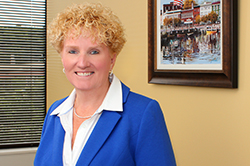 Heidi. Gerding ’83 co-founded HeiTech Services, Inc. in October 1999 with longtime business partner Jim Clement. HeiTech Services was founded to provide management consulting and information technology services to the Federal Government. She began the business to ensure that promises made to customers were honored. Her business acumen is founded around the Naval Academy’s Honor Concept which, simply stated, is: “Midshipmen will not lie, cheat, or steal.” She believes that services delivered with this concept in mind, will always result in success.

Heidi Gerding is an entrepreneur, accomplished business leader, advocate of veteran and small business enterprise — and a mother of four. Her dedication and commitment to her work and her family is evident in the manner with which she provides exceptional customer service to her clients while nurturing the professional and personal needs of her employees. These qualities, combined with her knowledge, skills and abilities, have proved to be a successful combination and enable Ms. Gerding to succeed as a woman, a Naval Officer, and business owner.

Our moderator is Gerrie Santos ’83. 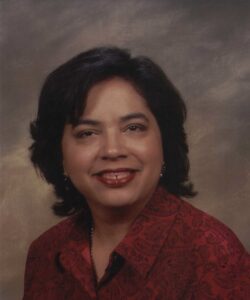 Gerrie holds a BS in Systems Engineering.  On active duty, she served five years as a Contracting Officer and Staff Civil Engineer in the Civil Engineer Corps.

After she left the Navy, Gerrie spent 13 years managing theme park design and construction projects for Walt Disney Imagineering and NBCUniversal.  She is especially proud of her roles in The Muppet Attraction (Disney) and Universal’s Islands of Adventure park.

Subsequently, she pivoted into a Risk Management role at Universal and continued on that path.  In 2004, Gerrie joined Parsons Corporation where she was the Vice President of Corporate Risk Management.  In her role, Gerrie was responsible for the worldwide insurance and surety bond programs of the Corporation.  In 2016, Gerrie re-joined NBCUniversal and is a Senior Project Director for the Universal Beijing Resort Project.  She returned to Risk Management in 2018 for a short stint as the VP, Risk Management at the San Manuel Band of Mission Indians.  She is currently evaluating options on next steps.

Gerrie holds a BS in Systems Engineering from USNA and an MBA from Crummer Business School, Rollins College. She has a son, Alex Pax, who works in Dallas as an Insurance Actuary. She also has two rescue greyhounds that are her constant companions in Florida.

About: We will kick off our first town hall during Black History Month by speaking with a panel of Active-Duty Black women Navy and Marine Corps leaders who will share their insight, inspiration, and practical guidance on leadership and life. The panel and a question-and-answer period will be moderated by midshipman as we hear from leaders from a variety of military communities and in different places in their careers.

After registering, you will receive a confirmation email containing information about joining the meeting. Registration is limited to the first 100 people so please sign up soon.

The panel will be moderated by:

We hope to see you at the town hall.

Please Register in advance for this event

Please remember to add the Zoom link to your calendar after registration!

If you want to watch via Facebook instead of being on the Zoom meeting, you must be a member of the Women’s SIG Facebook page and you can stream it here: USNA Women’s SIG   https://www.facebook.com/groups/USNA.Womens.SIG

Please forward this email to any USNA women’s class list, USNA team women’s group, or individual alumna who is eligible and could be interested!

Thursday, January 14th we’re kicking off 2021 Fireside Chat Series featuring RADM Kate Gregory ’82 CEC, USN ret.  Kate had an amazing career in the CEC with many firsts and culminating with her assignment as the first female chief of staff for the First Naval Construction Division and commander of Naval Facilities Engineering Command.  Click here for an interesting insight into her naval career. Since her retirement, she has been busy.  Kate is currently Fermilab’s chief operating officer. She leads the Operational Excellence initiative, empowering leaders across the enterprise with metrics and associated analytics tools, streamlined work processes and resource alignment. She is also responsible for line management of the Facilities Engineering Services Section and the Workforce Development & Resources Section and is accountable for the FY2018 PEMP Corrective Action Plan and the FY2019 PEMP Notable Outcomes. Gregory manages the Contractor Assurance System, which crosscuts all the lab’s operations, and provides a meaningful summary of performance and compliance to the FRA Board of Directors and the Department of Energy. She serves as the Lab Liaison to the Operations and Finance Committee of the FRA Board. Register in advance for this Fireside Chat here: https://us02web.zoom.us/meeting/register/tZcscuGurTsqGdeEotLwLMluJhYEPh80yAlS