Being a WUBA: How Words Shape Power

I am a WUBA. At least, that’s what I was called during my time as a student at the U.S. Naval Academy in Annapolis. Until I graduated and became a U.S. Marine, where the derogatory terms for women were more colorful, I was a WUBA. 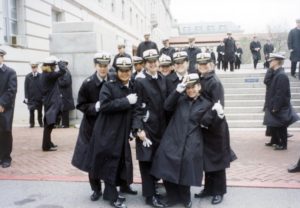 So what’s a WUBA? In Annapolis parlance, “WUBA” stood for Working Uniform Blue Alphas. But WUBA was also slang for female students – midshipmen – at the Academy. Women there have long been called WUBAs. And that WUBA had little to do with uniforms – instead, it stood for “Women Used By All” or “Women of Unusually Big Asses.” Male midshipmen who felt that women had no place at the Academy or in the Navy or Marine Corps could call us WUBAs – mostly behind our backs – as a way to remind everyone who really belonged at Annapolis and to signal their membership in a club that we could not belong to.

You didn’t even need to hold negative views of women at the Academy to casually throw around the term WUBA. More often than not, you just had to be oblivious to how privilege worked and content with the status quo at Annapolis, where women’s second-class status was rarely noticed at all. Except, occasionally, by women.

Over the years many of us claimed the title as our own – I remember thinking that ownership could dilute its poison and provide strength. It worked, sort of. But even when embracing the word, I always suspected that we were still playing by men’s rules and legitimizing the idea of a WUBA instead of rejecting it outright. We were the minority and under constant suspicion, structurally separated from serving in certain fields by virtue of gender alone. No matter what our individual skills were, our presence was habitually questioned. Complying with the cultural rules and double standards set by the majority didn’t guarantee acceptance – only a disdainful tolerance. Even when calling ourselves WUBAs, that disdain remained.

Today, hearing “WUBA” still makes me feel sick. Despite subsequent years immersed in an even-more-masculinized institution, my beloved Corps, the term “WUBA” chokes something deep in my consciousness. Those formative years at Annapolis first baptized me in the most hierarchical of gendered institutions. As an 18-year-old, I sensed that power structure and its implications for me as a woman without consciously recognizing that it existed. I learned how to survive in it, internalized it, and became part of the problem too. This stuff has a deep, abiding hold on me.

Words, particularly words drenched in power, can do harm. The term “WUBA” served to identify women – female midshipmen – as objects and implements, subordinate to the (male) establishment of the Academy. The male midshipman was the norm; the female, the other. Being a WUBA meant that every aspect of our personal lives – our weight, breast sizes, monthly cycles, romantic lives – was fodder for public opinion. It meant that every action we took as individuals and every mistake we made represented the capabilities and faults of all women, something we were regularly reminded of.

This constant awareness opened individual wounds, such as eating disorders, low confidence, and the awareness that there was always a jury – and it was always still out. But the damages were external, too. 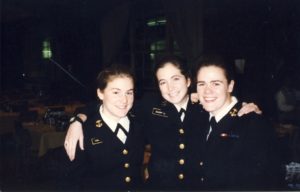 The implications of being a WUBA drove many of us apart as women. Our friendships tended to grow in small, less powerful groups, and our allegiance often remained to the strong – the men as representatives of our class. Even when we befriended other women within the Brigade of Midshipmen, many of us did so carefully. I made some amazing female friends at Navy, friendships that have strengthened over the years, but as a midshipman, I often felt that these friendships were furtive – identifying as a woman, with other women, was to be avoided at all costs. Had someone tried to organize an all-women picture at graduation, I suspect few of us would have shown up.

And at times, we pushed each other apart or pushed other women down, to draw a line between “us” and “them” – the “them” being other women. I learned those lessons well. For 24 years, I instinctively felt that to identify as a woman was to invite criticism, disgust, even hatred. Hell, no – I didn’t want to make that mistake.

It took me a long time to see that the system that labeled me a WUBA was illogical and toxic. It took being called selfish when I fought for change to recognize hypocrisy – and to sense the threat my voice was to power. And it took eight years of research and soul-searching to find the words, to see, and to want to change it.

I see echoes of this power structure on display everywhere today, from the halls of Congress to the stories that my kids bring home from school. Men exercise this power by claiming the mantle of privilege unconsciously and by remaining oblivious to its effects. But just as I did at Annapolis, women also exercise this power – by internalizing a system that subordinates us thoroughly but is so woven into our roots that it can take an entire lifetime to weed it out. 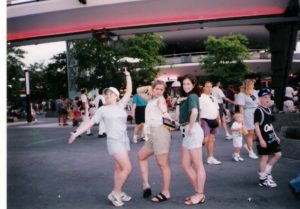 Three months ago, the women of our Academy class finally got together as a group during our reunion – for the first time ever. As some of us cautiously began to talk about our experiences as WUBAs, we realized that it isn’t too late to support each other and to draw strength from each other and our identities as female grads. We realized that we have valuable perspectives to offer – and that the time to do so is now. Many of us have also, gratefully, finally, begun discussing our experiences with our male classmates – and these conversations have been healing in many ways.

In fact, we are wiser now and have more to offer each other than we did 20 years ago. As women, we’ve matured through careers spent clawing our way through structural obstacles that others haven’t been subject to. Being a WUBA sucked at times, but it gave us an invaluable perspective. It taught me, like others, to see the invisible. It set me on a journey down a road that I would not have traveled otherwise. It gave me the experience to call power, and its pursuit at others’ expense, by name. 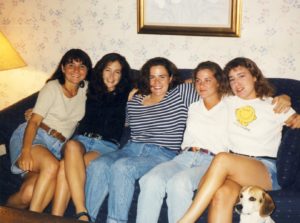 Most importantly, we are deeper and stronger because of these experiences – not in spite of them. With every obstacle, struggle, and failure along the way – especially those failures enabled by a dysfunctional power structure – we learned. We learned resilience, we learned strength, and we learned to adapt. Despite the negative aspects of being a WUBA, our Annapolis years were also full of energy, growth, and the birth of lifelong friendships. These friendships began and flourished at the Academy and were sustained through careers of every shape and size. Having conversations now with these friends about our diverse experiences and how they shaped each one of us – both in good ways and bad – can open minds, build empathy, and broaden perspectives. And this is how we develop real leaders and bring about positive change.

The term WUBA still stings, and it will probably always bother me. And on some level, I wish I hadn’t written this and had just remained silent and anonymous. But I cannot do that. By talking about being a WUBA and calling by name the power structure that it replicates, I can use it to exercise power as well – the power of real change.

*A note on content: The Sisterhood of Mother B seeks to provide a voice for individuals who have a shared history. We recognize that we each perceive our time at the Naval Academy and beyond differently. The individual views shared on this platform reflect the views of the author and do not represent the Naval Academy, the Alumni Association as a whole, the USNA Women Shared Interest Group, or any entity or group to which any author belongs. Instead, they provide a spectrum of views representing our diversity of thought and experience.

31 thoughts on “Being a WUBA: How Words Shape Power”