I am often direct.  I don’t want to leave too much room for you to interpret what I mean or how I feel. I want you to know exactly where I stand—whether you agree or not—so we can have an honest and open dialogue. I enjoy that (maybe too much sometimes).  My directness receives a more amicable response now – maybe that’s because I choose my words more carefully at 42 than I did in my 20s or maybe because I’ve perfected the “mom” stare or the Captain (O3) “WTF” face.

Honestly, we don’t have time to care why direct is accepted more now than it was in my 20s.  Now that people are more likely to respond amicably, I need to tell you something that is really, REALLY important to national security and our future as Americans. As a former combat aviator, warfighter, USNA Alumna, and proud veteran; I am ready, responsible, and dedicated to ensuring that the goal of women in uniform is no longer to “fit in” to the system—It’s time we BELONG. 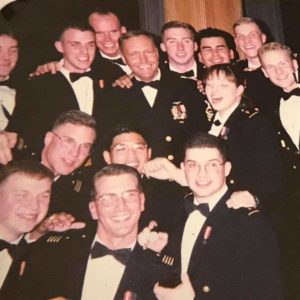 I spent 25 years of my adulthood working to fit in to the “boys’ club” de jour.

After dreaming about space and Annapolis from a young age; I attended the US Naval Academy and graduated in 1998 with an Aero(Astro)space Engineering degree.  I cross-commissioned into the US Army (no, it didn’t hurt) 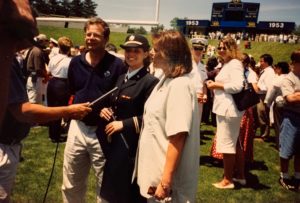 and flew AH-64 A/D attack helicopters. I was one of the first women in my unit in Germany as part of the Big Red One. I continued my Federal service as one of the few women in the Technical Operations division of the Federal Aviation Administration encompassing technicians and engineers.

Honestly, the draw to most of those career decisions was in part because someone told me I could NOT do it.  I was too short, too dumb, too slow, too fat, too happy, too rigid, too loose, too single, too married, pregnant, a mother, not a mother……the list is exhausting really. I did it all, but I could have, and more importantly, should have done it better.  I realize only NOW that I missed the opportunity to positively and more intentionally influence the system to which I dedicated more than half my life. Don’t get me wrong, I am proud of the teams I worked with, who I am and what I did BUT

I could have done more, and I am done trying to “fit in.”

I mean, seriously, I just watched a Ted Talk from 2018 where a female Naval Aviator

shared that her command finally helped her get the appropriate gear to pee in the cockpit during long missions. (https://youtu.be/TSlVv-7d7h4)  Somehow, no one realized the standard Gatorade bottle wouldn’t work with the female anatomy, and the fancy vacuum system was “too expensive.”  WE (women) have piloted US military aircraft for more than 75 years, and we’re just figuring this out? WHY? – is it because men are uncomfortable discussing female anatomy in professional terms and because women, who are so motivated to “fit in” and prove their worth, are still willing to accommodate the situation? 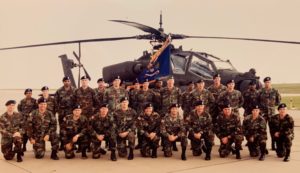 I am ready to be part of a movement that forces us as warfighters and Americans to rethink the whole system. How about we just agree that we all get equal opportunity to compete and serve, and we rewrite the expectations without considering if they are right for men or women or Christians or Muslims, or Asians or Hispanics.  Let’s recognize that there are many different kinds of privilege and that it has no place in uniform.  Let’s establish expectations as warfighters and be the example for all Americans.  YES, this is a big elephant to eat, I get it. We cannot tackle the whole elephant at one time so we start RIGHT HERE because representation matters.

Let’s set standards for each military occupational specialty based on the success required from someone—ANYONE—who chooses that path.  Take being a helicopter pilot for instance.  I was a pretty good pilot, soldier, officer, and an even better aerial gunner – I took the mass destruction to the enemy pretty seriously.  The physical fitness 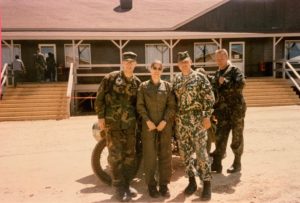 standards for me and my male peers were different. (PS – I realize the importance of physical fitness standards) My male counterparts, who were also good pilots, soldiers, officers, etc, had to run faster and complete more push ups and sit ups.  Why?  Your first answer may be, “great, let’s make the standards for all soldiers gender neutral and equal to the male standards.”  I challenge you to think deeper and look for the root cause. 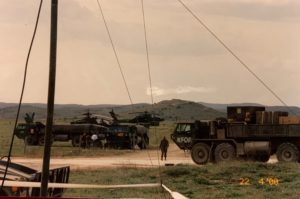 Why are the standards set as they are from the start?  How fast do you need to run, jump, push up, pull up, sit up, to be a good pilot, soldier, officer, tanker, submariner, marine, infantryman, SEAL, etc?  I don’t know the answer, and I’m guessing the “this is the way we’ve always done it” response will come out of more than one senior NCO or officer in response because that’s the ‘ole standby and often easy answer.  Is it a sufficient and intentional answer? 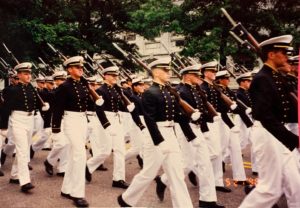 There is great pride in tradition and history in the military; that pride is often dangerously close to ego and tied to individual self-worth.  When we challenge a piece of that, are we invalidating someone’s contribution, service, ability, motivation? Absolutely NOT!!  We are working to determine how to make our force as efficient and effective as possible with all available information and taking diversity and inclusion seriously. An after-action review is the final act of any tactical military operation (battle). Ideally, this is where units air the near misses, omissions, dirty laundry, and mistakes from an operation so that we learn the lessons instead of repeat them to save lives, ensure success in the future and be a more efficient force in contribution to winning the battle/war/effort.  In my time in uniform, we often failed here because leaders equate acknowledging that we could have made better decisions with some sort of defeat or failure. We have to tackle that nonsense, or we’ll continue this obnoxious circle of blame and inefficient warfighting. We will continue to alienate a portion of our force based on factors completely out of their control and some patriarchal habits that we have not taken the time to recognize, study, and understand. Inefficient warfighting nearly guarantees that war will last longer, cost Americans more time and money, allow the enemy to be better prepared and most tragically and importantly KILL more of our young patriots who choose to serve this great nation.

Look, this is not about male-bashing or shaking our fingers at any one person. This is about being accountable for how it is and recognizing that WE—RIGHT NOW—can make it better for those who choose to serve behind us. We are part of a movement focusing on women and how we can better support other women in succeeding as midshipman, warfighters, professionals in STEM careers and as contributing Americans overall. Women deserve the option to choose whichever path suits her without worrying that she is more likely to be ridiculed for not being a “traditional” woman by both men and women, that she might (very likely) encounter sexual harassment, or she will be judged on a different scale than her male counterparts.  This is our opportunity to be mentors so that others can learn to better navigate the waters and change the course completely.  When we pull each other up, it raises the bar for all of us. 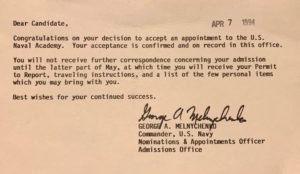 I succeeded only when I forced myself to fit in, often in ways that my male peers did not even have to consider. I own all my actions, successes and failures, and there were many, and this is not a woe-is-me journey. This is an opportunity to be the leader I was trained to be starting at “home” in Annapolis, to stand up in the face of controversy for what is right and to fight all enemies foreign and domestic.  To be the leader who understands that life is hard and full of tough choices. 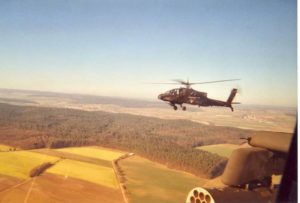 This is not about making Annapolis or military service easier. It’s about leveling expectations and removing unnecessary barriers and distractions so that we can ALL focus on strengthening each other, our culture, and our military. To do that, we must maximize ALL our resources including a diversity that challenges any force we may face now or in the future.  The end goal of our military is to destroy the enemy as quickly and efficiently as possible and return home so that we, as a country, can focus on strengthening our core and be the world leader in values, education, and business whether we as individuals decide to contribute to that effort from a cockpit, classroom, boardroom, small business, or from home. 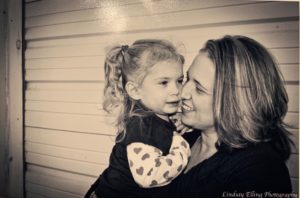