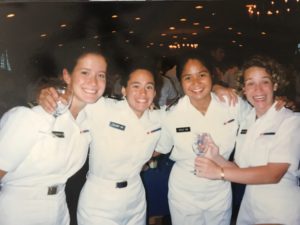 I love the Naval Academy—the friendships, the challenges, the permission to be not cool. Look what we accomplished!! I do not fear seeing my classmates. I have discovered that more people enjoyed my presence than I ever realized; that many of those who did not support women then have matured and advocate for us now; that jerks still exist and always will, but they are fewer, their words are less powerful, and I refuse to let them take my institution, and my love for it, away. And I will happily discuss the merits of the triple option and relive the nail-biting conclusion of the Aloha Bowl and the epic defeats and glorious victories of Notre Dame. 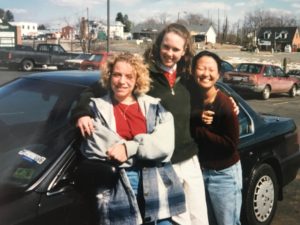 I know my sentiment is not common for most graduates of the Naval Academy – but maybe especially uncommon for women. I loved being at the Naval Academy. I loved my four years there. I belonged there. I made great friends—not a large number of friends, but those friendships are deep and true. I met academic and physical challenges. However, this relationship is complicated because I can see now that I missed much while I was there. I was naive and oblivious to the trials of others—willing to let their ability to measure up physically or academically be the cause, not the result, of their challenges. Willing to blame a lack of mental toughness for their failures. I was so busy worrying about my own performance and wishing I had other people’s traits and abilities – beauty, strength, confidence – that I could not see how they were struggling.

Don’t get me wrong, I had challenges and failures. Plebe Year was painful, and the only attention I had was not the kind anyone wanted. I cried plenty of times over mean words and slights. I was not wildly confident and exotically beautiful or able to compete with men physically. I was never invited to cool parties. I was, at best, the dorky, annoying sister, but my challenges were minor. 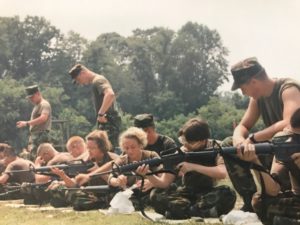 For the most part, during my time at the Naval Academy outright sexism and harassment happened rarely and to other women, and I failed to comprehend how much the women around me were suffering. I rarely remember being harassed or treated poorly for being a woman. My professors and classmates respected me – at least to my face. And the few times I experienced harassment or was in danger, my company mates and classmates protected me, like they should do for anyone. Over the years, I have realized how special that was. 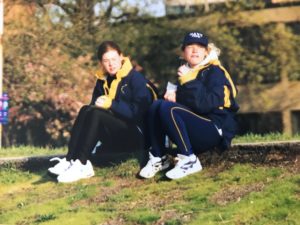 I arrived at I-Day with a giant chip on my shoulder. I had failed to receive an appointment on my first attempt due to academic concerns, and I spent another year in high school working to prove myself. The Naval Academy was not the first place where people underestimated me – perhaps that played in my favor. I rarely tied my struggles to being female. Perhaps I had so many other things that could be the problem that I never considered my struggles to be the result of widespread chauvinism. 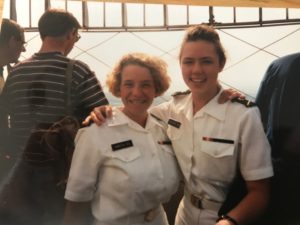 Women had been at the Naval Academy almost as long as I had been alive. Any question of women’s ability had already been answered as far as I was concerned. And, if there was any doubt, the upperclass women were strong and capable, and so many of my female classmates demonstrated daily how well women competed at the Academy. I had entered an institution that admitted only the best, brightest and most honorable. I expected the best. For the most part, I got it—and there are jerks everywhere, right? 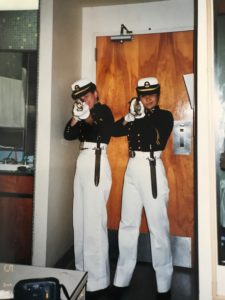 My roommates were great women—highly capable, funny, and strong-willed. We represented the epitome of what Plebe summer is supposed to do – take a beauty queen from Oklahoma, a runner from Virginia, and a dorky kid from Indiana, throw them together and create friendships to last a lifetime. No one snuck into our rooms to watch us sleep or left signs that they had invaded our privacy, but we knew it happened to others. As plebes, our trials were arduous but not ominous. 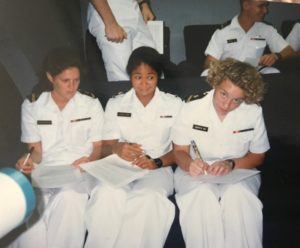 By the beginning of 2/c year, I was happy and excited to sign my obligation. This is what I had been working toward. I was in a different company with different roommates. We were close with each other and our male classmates. No one came into our room uninvited. No one shouted nasty things at us. I don’t think anyone except my teammates ever called me WUBA in my hearing—and that was our “taking ownership” of the word. I felt equal even though I knew I had to work harder and I was under a microscope in ways my male classmates would never be. 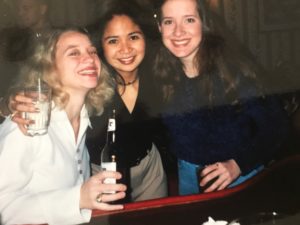 That time when I drank too much and had no memory after taking a dive toward the toilet – not understanding the ingredients in a Long Island Iced Tea. My fellow midshipmen (mostly male) took care of me. No one assaulted me. No one gave me a hard time. We had a good laugh, and I swore off Long Island Iced Tea. And the few times anyone tried to harass me, my company mates had my back. They made sure I was aware of situations. They spoke up for me—privately and publicly. Probably not all of them, and probably not all the time – but enough to make me feel included not coddled. 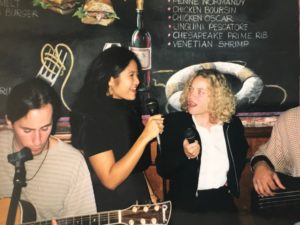 All of this was how it was supposed to be. My company mates and classmates were supposed to have my back. I had theirs. I think we all showed up with this same expectation – so when not every midshipman lived up to the moral code, when some took it upon themselves to determine what group of people was fit to serve, or when a sexual predator, hungry to demonstrate his power, manipulated and assaulted a fellow midshipman, it had a devastating effect. It destroyed a trust. Just because it didn’t happen to me, doesn’t mean it didn’t happen. Just because I didn’t understand then doesn’t mean I don’t have a responsibility to look back and understand now.

My frustration is that those midshipmen often suffered in silence – embarrassed and ashamed to be singled out, hazed, and assaulted. While I was there, we were determined to integrate and fit in. We shunned the idea of women support groups – we were hard on other women because we understood that to be equal we could not be average. The local paper quoted our female midshipmen leadership saying that the women reporting harassment were probably the ones struggling in other ways. At the time, I believed that point of view as much as the women who espoused it, but that view caused many women who were harassed and assaulted to live in isolation. To ask for or accept help from each other or Company Officers who offered it was an acknowledgment of weakness and an invitation for more bullying. I know many of these stories now because you share them with us – not yet ready to share them with the Sisterhood at large. I hear about sexual assaults at parties. I read about the female plebe room on a back p-way, isolated from classmates, where upperclass lay in wait to comment on appearances and speculate about sexual experiences.

I cannot pretend to know why some women suffered harassment more than others. Did I filter out my own experiences?  Was I protected because my first Company Officer and my second Company Senior Enlisted were women?  Was it involvement on a varsity sport or the Glee Club? 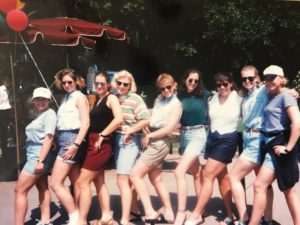 Whatever the reason I am thankful that I can love my time there. I am frustrated that I did not do more back then to advocate for women and minorities. I am committed to listening to your experiences – good and bad – and sharing them where I can with the goal of improving our institution so that more people can look back with love.